The ultimate guide to the Serengeti National Park safari

Where to go Popular Serengeti Safaris About us

Everything you need to know about the Serengeti National Park

Welcome to Discover Africa’s Serengeti National Park guide. At 14,763 square kilometres in size, A Serengeti Safari is arguably the finest safari experience directly in a national park in Africa and offers a wealth of wildlife viewing opportunities. Pretty much every large animal in East Africa can be regularly seen in the national park or wider ecosystem. When you include all the contiguous protected areas, of which Ngorongoro is one of the most noteworthy, the total size of the entire Serengeti-Mara ecosystem is a staggering 30,000 square kilometres packed choc-full of truly extraordinary wildlife sightings. Renowned for its predators – especially lions, leopards and cheetahs – and with plenty of elephants favouring the western woodlands of Grumeti, a Serengeti Safari experience dazzles even the most hardened safari critics.

Visit Tanzania during the calving season to see wildebeest calves join the massive herds making their way through the Serengeti for the great migration. 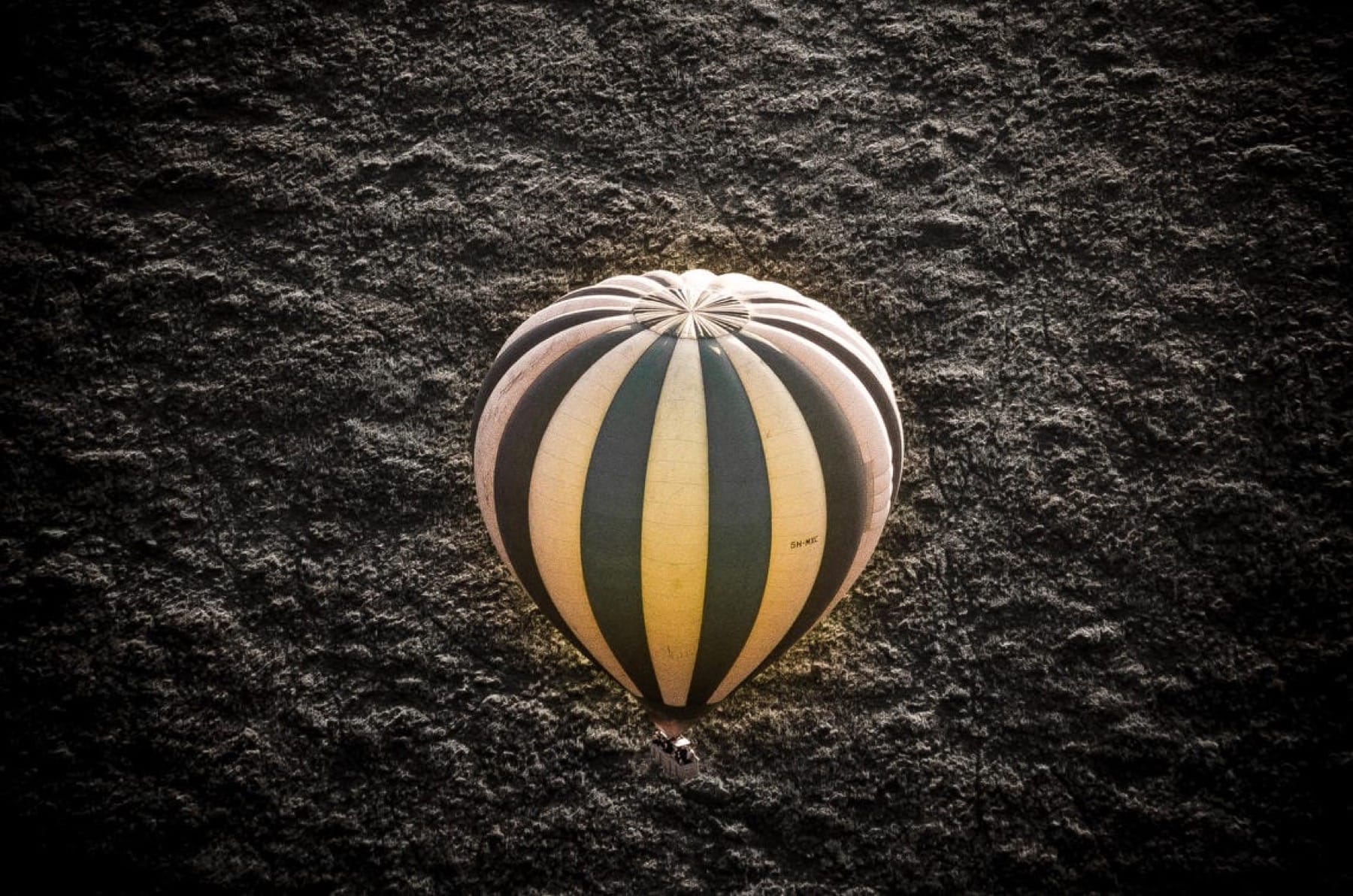 Where to go in the Serengeti 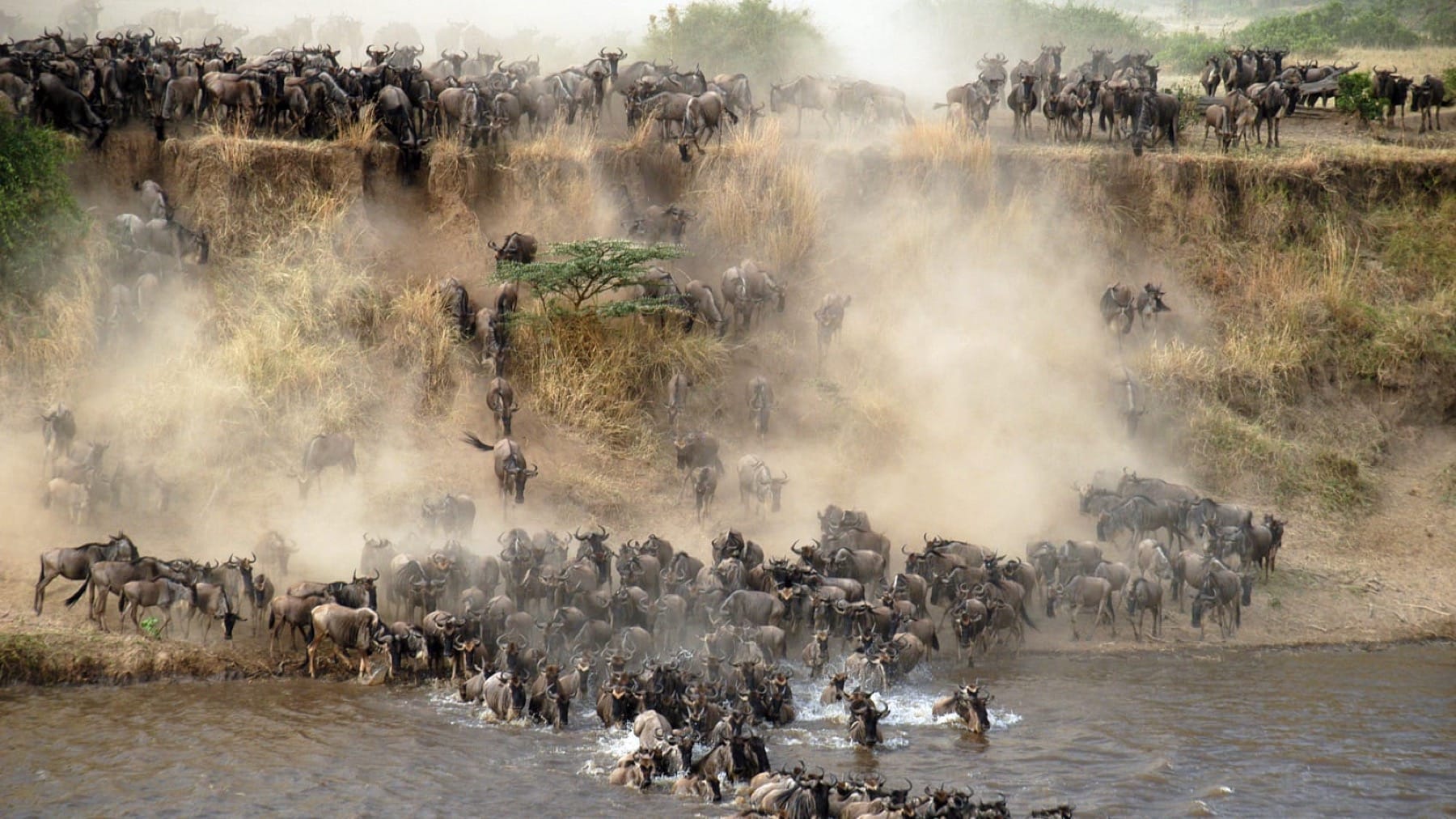 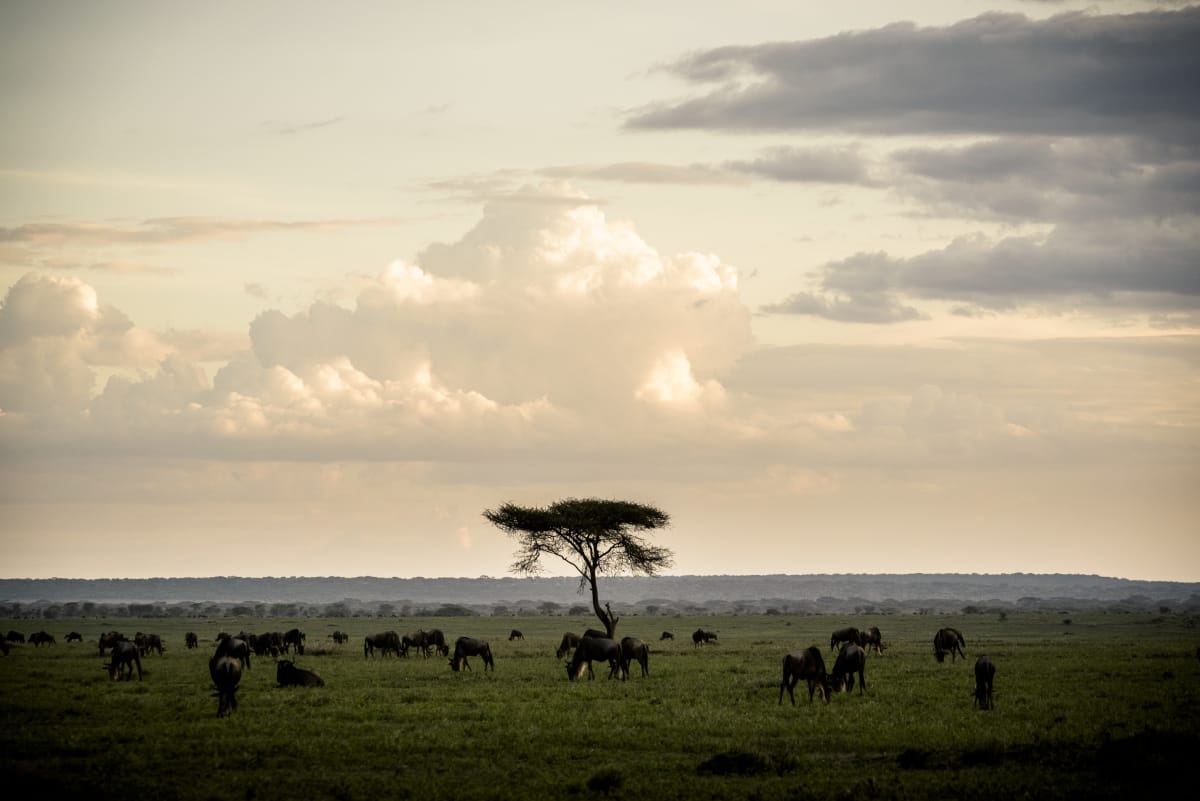 Why visit the Serengeti?

Tanzania’s Serengeti National Park is the safari destination that most people dream of. This massive wilderness area, which stretches across 14750 square kilometres, offers one of the continent’s best wildlife viewing experiences, as well as classic East African scenery of vast savanna (Serengeti means “endless plains” in the local Maasai language), and the dramatic spectacle of the most spectacular animal movement on the planet – the Great Migration.

Game viewing is superb year-round in the Serengeti: the park is home to the Big Five (although rhinos are rarely seen), and is particularly renowned for its predators – leopard, cheetah, lion and hyena – which are regularly spotted. The Serengeti also plays host to the phenomenal Great Migration, which sees millions of wildebeest, zebra and gazelle traversing the open plains of the park in search of fresh grass from seasonal rains, moving northwards into the neighbouring Masai Mara National Reserve in Kenya, and then returning south to the Serengeti again. The dramatic scenes of huge herds on the move, crossing rivers and vast plains and pursued by predators looking for their next kill, are the stuff nature documentaries are made of. Experiencing the Great Migration is definitely a once-in-a-lifetime event that most safari travellers have at the top of their bucket list.

Apart from thrilling game drives, there are plenty of other activities to enjoy during your safari in the Serengeti, including sunrise hot air balloon rides over the plains, newly-introduced walking safaris in some sections of the park, visits to Olduvai Gorge – the most important paleoanthropological site in the world – Maasai cultural experiences, birdwatching, and making a filmic pilgrimage to see the rocky outcrop that inspired Pride Rock in The Lion King.

Given the massive size of the reserve, picking where to go in the Serengeti takes a bit of planning. Different parts of the park have different attractions throughout the year, and choosing a region or lodge really depends on what you’d like to experience and when you’re planning on travelling. Each of the Serengeti’s major regions (Central, Northern, Eastern, Southern and the Western Corridor and Grumeti) have varied wildlife attractions, so researching what the different areas have to offer at what time of year will pay off in terms of giving you the best safari experience. There’s also the opportunity of staying on the unfenced private concessions just outside the park boundaries, which offer the landscapes and wildlife of the Serengeti but also extra activities, such as night drives and walking safaris, that are not permitted within the park.

The Great Migration is the most dramatic wildlife spectacle on the planet and there’s only two places in the world where it takes place: the Masai Mara in Kenya and the Serengeti National Park in Tanzania. Every year millions of wildebeest, zebra and gazelle make their way from the Ndutu region in the south of the Serengeti, across perilous river crossings and huge expanses of grassy plains, to reach fresh green grass that comes with seasonal rains as they move northwards. For many months of the year, the vast herds can be seen in different parts of the Serengeti: calving at the start of the year, river crossings in the middle of the year, and the return journey from the Masai Mara at year’s end.

Apart from the drama of the Great Migration, the sheer vastness of the Serengeti makes it stand out from other wilderness areas. Named as one of the Seven Wonders of Africa, the Serengeti is makes up one of the most important ecosystems on the planet, supporting and abundance and diversity of animals and birdlife that is hard to match anywhere else. The national park, which is a designated UNESCO World Heritage Site, is also home to the highest concentration of large predators in the world.

A safari destination to visit time and time again

The Serengeti is so vast that you could never even think of seeing it all on one trip. Each region offers different landscapes and wildlife highlights, as well as varied lodging and activity options. Return visits would definitely make the most of the park’s diversity.

There’s also a lot of seasonality to the park and its wildlife, and different regions of the park have different things going on at varying times of the year. It would definitely be worth visiting in the peak months of the Great Migration, to witness this incredible wildlife spectacle – the vast herds, lion kills and river crossings – and then returning to the park at a quieter (but no less exciting) time of year, such as for wildebeest calving in the south of the park in January and February.

With the varied lodging options, return visits would allow you to experience the breadth of what’s on offer, from permanent lodges to mobile tented camps, as well as multi-day walking safaris where you stay in small camps each night.

Wildlife in the Serengeti

One of the greatest wilderness areas in the world, the Serengeti supports a magnificent diversity and abundance of animals, from the Big Five – lion, leopard, elephant, buffalo and black rhino (although these are rarely spotted) – to giraffe, Grant’s gazelle, impala, kongoni, topi and eland.

The Serengeti is famous for its predators: you can expect excellent lion and cheetah sightings (and exciting lion kills), and leopards are also regularly spotted. Other predators include serval cats, golden and black-backed jackal, African wild dog and spotted hyenas.

The Great Migration is the stellar highlight of the Serengeti’s wildlife: an annual circular movement of millions of wildebeest, zebra and gazelle northwards into the neighbouring Masai Mara National Reserve in Kenya and back into the plains of Serengeti. This mass movement of animals is accompanied by predators picking off their kills, while the dangerous crossings of the mighty Mara River make for dramatic scenes of struggle and survival as animals battle strong currents and attacks by huge Nile crocodiles.

For birders, there are more than 500 species in the park, including a few Tanzanian endemic species, such as Fischer’s lovebird, grey-breasted spurfowl and rufous-tailed weaver. Other birding highlights include kori bustard, secretary bird, usambiro barbet, yellow-throated sandgrouse, grey-crested helmet shrike, and Hildebrant’s starling. 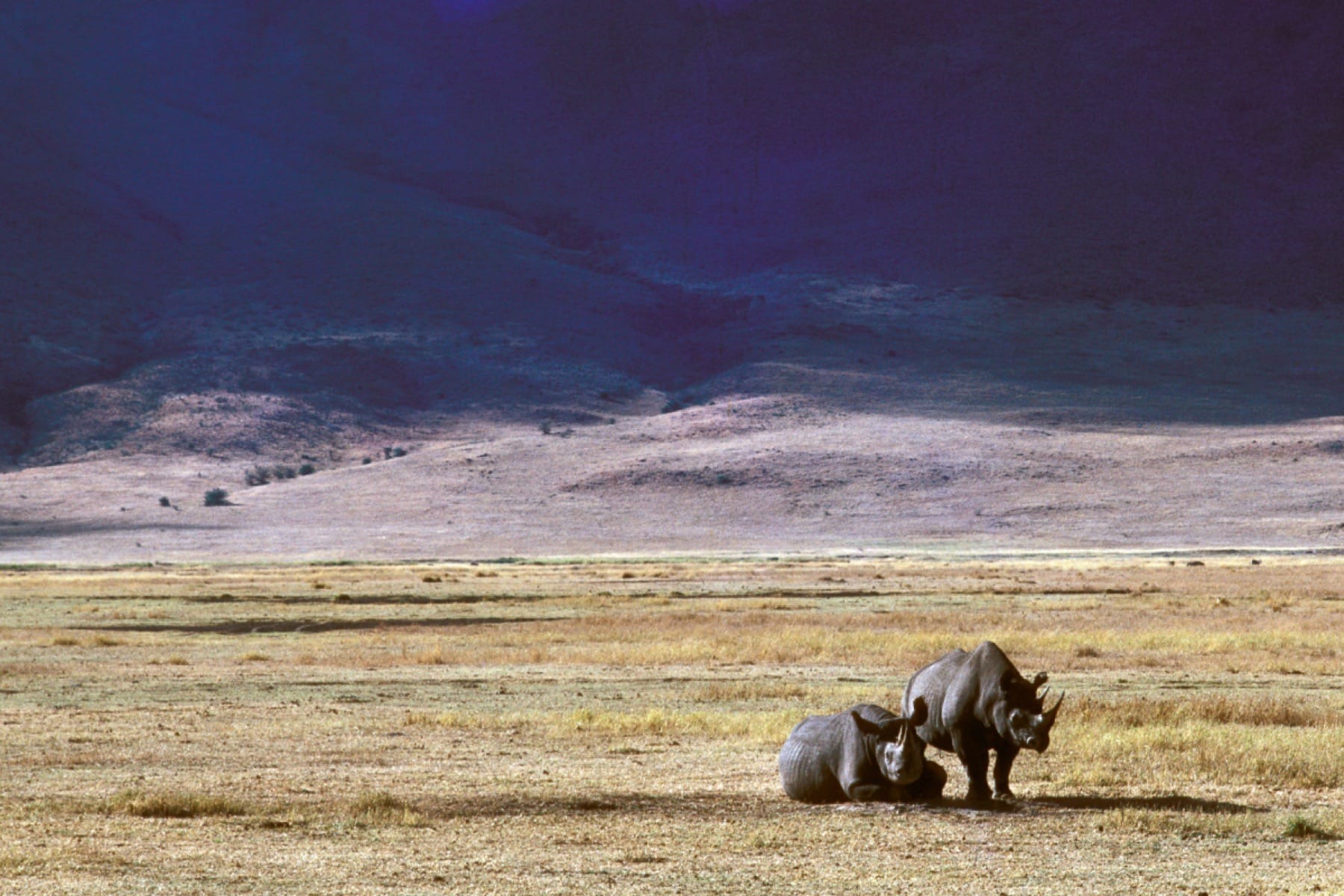 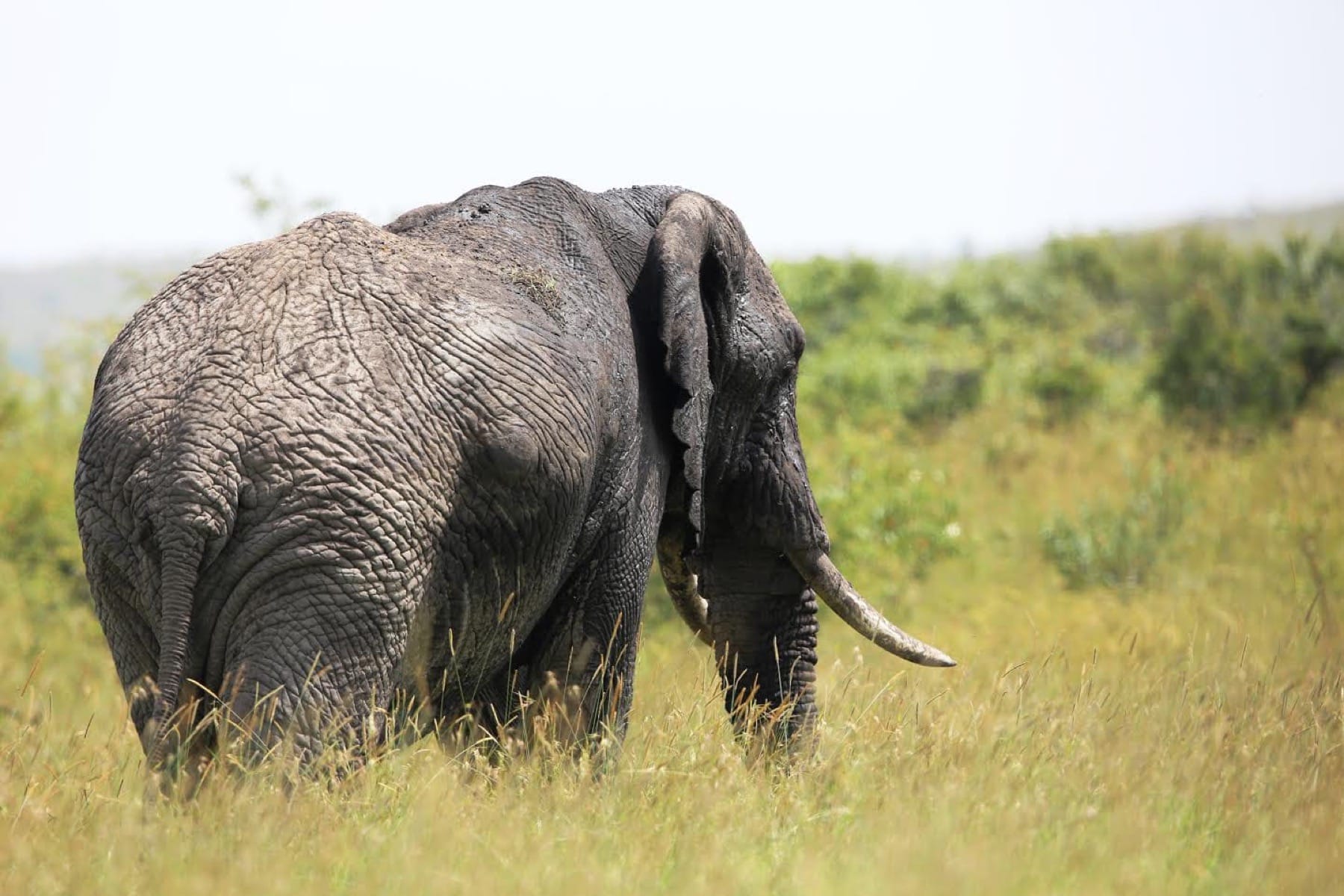 Budgeting for the Serengeti

The Serengeti on Foot (9 days)

There's no better way to get close to nature and feel alive than on foot, and no better place to walk than the remarkable Serengeti...

This is the stage on which the greatest wildlife show on earth and plays out, as it is by far the greatest mass movement of land mammals on the entire globe....

Enjoy East Africa's most celebrated highlights, from a snow-capped Mount Kilimanjaro, to sailing above the Serengeti in a hot-air balloon and meeting mountain gorillas...

Unforgettable experience in the jungles of Rwanda to track the last Mountain gorillas on earth and view the awesome Great Migration river crossings...

With all of this diversity on offer, the most difficult part of your Tanzanian holiday experience is likely to be deciding where to go!...

Experience the drama of the nature's greatest spectacle in the Tanzania...

This four-in-one calving season safari includes not only the Serengeti, but Tarangire, Lake Manyara and Ngorogoro Crater...

Experience the best of Africa, from the Okavango Delta – one of Africa's Seven Natural Wonders – to the endangered mountain gorillas and East Africa's Great Migration...