This is where vast herds of the Great Migration come to give birth in a 3-million-year-old collapsed volcano, Masai people live and fossils abound

Ngorongoro Crater – a Unesco World Heritage site – is 600 meters deep, 20 kilometres wide and the largest unflooded, unbroken caldera in the world. It's an extraordinary ecosystem where you can find the Big Five or even, if you're lucky, the endangered black rhino on the Crater floor.When it was still active, the volcano deposited its volcanic ash on what's now the Serengeti plains towards the west, preserving many fossils in Olduvai (Oldupai) Gorge, discovered by Louis and Mary Leakey. The greater Ngorongoro Conservation Area conserves the fragile Ngorongoro Crater ecosystem and serves as an important space for the animals of the Great Migration to give birth at Lake Ndutu, which borders the southern Serengeti.

Help me plan my trip

This four-in-one calving season safari includes not only the Serengeti, but Tarangire, Lake Manyara and Ngorogoro Crater

Visit Tanzania during the calving season to see wildebeest calves join the massive herds making their way through the Serengeti for the great migration.

The wildebeest migration, is one of the “Seven New Wonder of the World” and also known as The World Cup of Wildlife. If there is a safari you should go on, this has to be it!

Travel is so much better with friends. Experience the best parts of Tanzania through breath-taking landscapes, nature and wildlife at its best

HerdTracker invites you to join them on a migration safari in Tanzania's Arusha, Tarangire National Park, Ngorongoro Crater and the Serengeti National Park.

With all of this diversity on offer, the most difficult part of your Tanzanian holiday experience is likely to be deciding where to go!

View all of our tours

Let us help on a no obligation custom tour

“'The greater Ngorongoro Conservation Area is far more than just the Crater itself. You have options to see the birth of the new generation of migratory species at Ndutu, visit Olduvai Gorge, do multi-day walks to Empakai or Natron. Where you stay is important, so let us know how much time you plan to spend and we can design your NCA experience carefully.' ”

Despite its name, the Ngorongoro Crater isn't technically a crater (i.e. the top of a volcanic pipe that spewed lava); it's a caldera (collapsed volcanic mountain). Try to imagine a mountain that was more than 7 kilometres above sea level and 5 000 metres high – higher than Mount Kilimanjaro – before it imploded about 3 million years ago. The peak safari season (July to September) is very crowded. To experience its true magnificence, it's better to visit Ngorongoro when it's green and less busy. During the months of March to June, the Crater floor is covered in yellow flowers and you can watch big elephant bulls standing among them. Another draw-card of the area is the famous red-clothed Masai tribe, whose villages were relocated to Ngorongoro from the Serengeti during the late 1950s.

What is a safari “bucket” shower?

Safari/bucket showers are common in mobile or tented camps where there is no permanent plumbing. They are an effective yet environmentally friendly way to shower where water is at a premium and provide plenty of hot water to wash… go there.

Safari lodges have guest rooms similar to a hotel with en-suite bathrooms. They are comfortably furnished with all facilities normally associated with a 3-star hotel. Tented lodges have rooms which are tents on a platform and with a roof and… go there.

What languages are spoken in Tanzania?

Can I bring my children along on a safari?

Family safaris in Africa are a worthwhile and meaningful experience. Aside from spending quality time with your nearest and dearest under a wide blue African sky, a safari in Africa offers invaluable experiences including unique cultural… go there.

Where is the best place to go for wildlife viewing in Tanzania?

Northern Tanzania! Ngorongoro Crater, a World Heritage Site, has some of the greatest concentrations of wildlife in the world as well as the Serengeti, but don't forget about the southern circuit. go there.

What kinds of animals will I see on safari?

Whether you are in the Southern or East Africa you will generally be able to see the big five. The difference really comes in when considering antelope as they are based on your chosen location. go there.

What vaccinations should I get?

This is all dependant on the countries that you will be visitng and due to the status of certain vaccinations changing at times, please consult our experts before getting vaccines. go there.

Is it okay to drink the water?

In some parts of Southern Africa it is safe to drink the tap water, however it is highly recommended to stick to bottled water (mostly supplied) during your trip as even drinkable African water is completely different in taste and… go there.

Reviews on our Ngorongoro Crater safaris

Since the beginning, agents and staff of Discover Africa already work in a professional way for me to plan the trip. Their quick responses to my questions help us a lot before departing from our place to the Africa continent. When we were…

This was my first safari. I didn’t expect to be so pampered. Everything was first class. We had everything provided for us before even asking. We had a dedicated team at our service. Megan was on call whenever we needed something and she…

Tanya was an absolute delight to deal with. From the first phone call she was extremely polite, professional and very eager to facilitate my requests regarding our safari. Our 3 nights at the V & A Hotel were fabulous and Motswari Game…

Perfectly tailor-made tours that take all your wishes and requests into consideration. All my expectations were beyond fulfilled.

Living afar and trusting in an organisation with whom you have no previous knowledge can lead to feeling of mistrust and wondering whether what we have paid for actually exists. A little more proactive communication would have eased those…

I just wanted to thank Discover Africa and Karl Svendsen - the safari was great - we saw many more animals than expected including cheetah, leopard, many lions and even a three-day old elephant calf. Additionally, we had our own hippo…

A Tanzanian Safari had been a bucket list trip and Adelle at Discover Africa and Solly, our guide, made it better than we could have ever imagined!  Traveller Story Collage - Chris W A few highlights: - Flexibility: we had to adjust… read more

One of Africa's most exciting wildlife adventures is a safari, and Tanzania is one of the greatest places to observe one. With 38% of its territory set aside as protected wildlife areas, Tanzania private game reserves offer a diverse choice… read more

Experience a Safari and Beach Holiday in Tanzania

Planning your first adventure together as a married couple is rather exciting. And spending this in the beautiful African wilderness is an amazing choice. There are some things you need to keep in mind when travelling to Africa. Especially… read more 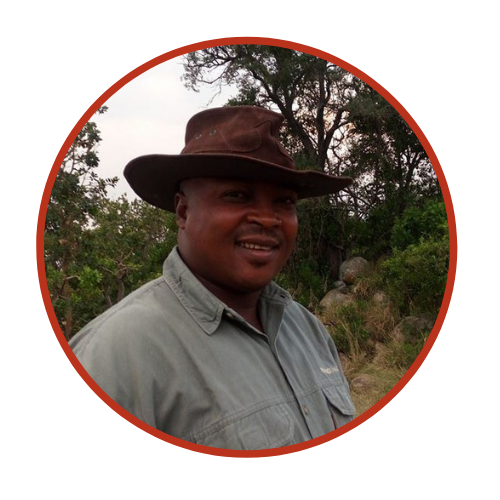