Blessed with several of Africa’s most spectacular beaches, Mozambique is also notable for its fantastic marine life and time-warped old Portuguese towns

Tourism to Mozambique is pretty much all about the beaches. Or rather, the beaches, the fishing, and the wonderful snorkelling and diving available on the seemingly endless string of offshore reefs and islands.

Mozambique is emphatically a maritime country, with an astonishing 2,500 kilometres of Indian Ocean frontage separating South Africa from Tanzania, and the vast majority of visitors never stray further inland than they need to. Despite this, the country is divided into two distinct parts, the north and the south, linked by a solitary bridge across the Zambezi River and offering very different experiences to visitors.

Help me plan my trip

Enjoy sandy beaches and scenic lakes on Bazaruto private island in Mozambique, try your hand at water sports or simply laze the days away at the pool

Kruger to the Mozambican Coast (7 days)

Luxury Land and Sea Safari in Botswana and Mozambique (10 days)

In this exciting safari holiday, you'll get to experience both Southern Africa's bush and beach beauty

Romance, exclusivity and barefoot luxury are the themes of this honeymoon

Powder white beaches and crystal clear, warm ocean water is what honeymoons are made of - and this is the perfect honeymoon option for you if this is what you are looking for.

View all of our tours

Let us help on a no obligation custom tour

“I'm not much of a beach person, so in a sense Mozambique's biggest asset is wasted on me, though the Quirimbas and Bazaruto are truly gorgeous, and the snorkelling is fantastic all along the coast. I'm a big fan of Mozambique's towns, several of which possess an organic urban character rare elsewhere in southern Africa. And I'd rate Niassa Game Reserve very highly for anybody seeking an off-the-beaten-track safari experience.”

In many respects, the south of Mozambique is the archetypal tropical beach nirvana, and also boasts world-class snorkelling, diving, and game fishing.

Tourism to Mozambique, consisting largely of South African fishermen, is concentrated here in a string of developed beach resorts. These include Tofo, Inhambane, Vilankulo and the offshore islands of Bazaruto National Park. The beaches of the north are no less beautiful, and the offshore reefs and islands are just as bountiful. However, amenities here tend to be more scattered. With the exception of the mainland resort of Pemba and the honeymoon-friendly Quirimbas Islands, they are generally also more rudimentary.

Mozambique has some of the most absorbing towns in southern Africa. These range from the modern capital Maputo, with its palm-lined avenidas and Art Deco architecture, to historic backwaters such as Ilha de Moçambique (capital of Portuguese East Africa for almost four centuries) and Ibo. For wildlife enthusiasts, highlights include the renascent Gorongosa National Park inland of Beira and the vast Niassa Game Reserve bordering Tanzania.

Know before you go

Get the correct vaccinations (Typhoid, Hepatitis A, Tetanus and Meningitis).

Be prepared to deal with law enforcement who may stop you often to ask for your passport or inspect your vehicle.

Carry your passport with you all the time - smile and be polite when being addressed by police officers.

Keep up to date with current affairs in Mozambique before you leave home.

You need vehicle registration papers if driving yourself, including your driver’s license and passport.

Keep South African Rands, US Dollars or Meticais (Mozambique’s currency) on you if you are self-driving, for toll roads after crossing the border.

Mozambique is a malari area - although the correct precautions should eliminate any real threat.

It’s illegal to drive on the beaches.

Don’t drive in areas where there are no demarcated roads - there are still a lot of landmines in Mozambique.

Take extra fruit juice with (sodas are available at all shops and markets but fruit juice is scarce).

The fresh market in Inhambane is great.

You must try the fresh Portuguese bread.

It’s illegal to leave the country with more than 500Mts.

If you want to take Meticais instead of SA Rand, it is advised that you exchange it before entering Mozambique because you will get a preferential rate.

You are permitted to take meat across the border (ensure it’s vacuum packed and you have a purchase slip with you).

Portuguese is the main language spoken, despite the 60 or so regional languages.

Mozambique is about three times the size of Great Britian and is divided into two topographical regions by the Zambezi River.

​The best time to visit Mozambique is between May and October during the dry (slightly cooler) season. Although, January is hot and wet, prices are a lot more affordable.

Vehicle insurance letter from your insurer confirming that your vehicle is insured.

Good first-aid kit )although most hotels and resorts should have adequate supplies.

Mozambique uses 220/230V, 50Hz AC, and sockets take mostly Type M (3 prong large round) and some Type C (2 prong narrow round). Most hotel rooms have sockets for 110V electric razors. It is best to bring an adapter/convertor combination.

​Mozambique’s climate is warm and tropical, with an average temperature of around 28 degrees Celcius (82 degrees Fahrenheit). The weather along the coastline is generally warm and sunny throughout the year. The rainy season in sumer occurs from October to April and can get very hot and humid. June to October is the dry, cooler season.

Beach holiday with plenty of sun, sand and relaxation.

Mozambique offers a vast array of accommodation options to suit most budgets. It is the archetypal tropical beach nirvana with world-class diving and snorkelling.

A stone's throw away from one of Mozambique's exquisite coastlines, Santorini commands panoramic bay views from its private, elevated… 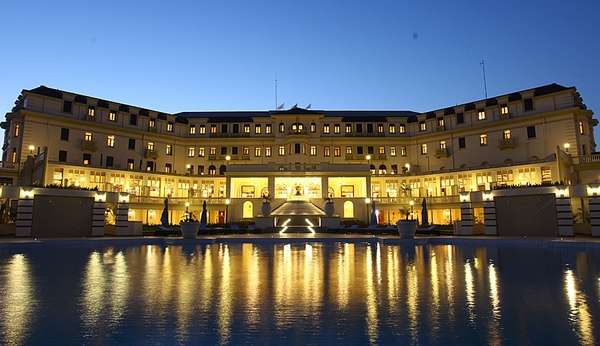 Built in 1922 along sweepingly splendid lines, the magnificent Polana Serena Hotel in Maputo has long been considered one of Africa’s finest…

Magaruque Island is 1.6 km long and 1.4 km wide, the third largest in the Bazaruto archipelago. It is the closest island to Vilanculos, and…

When is the best time to visit Hell’s Gorongosa National Park?

The best and only time to experience the thriving Gorongosa National Park is during the dry season - which runs from April to November. However, during the rainy season of December to March, the roads are closed due to flooding. Hence the… go there.

When is the best time to travel through Mozambique?

The dry month of June to September is the best time to travel through Mozambique - when the bush has thinned out and the wildlife is concentrated around the waterholes and the rivers. go there.

What types of plugs are used in the Southern and Eastern African countries?

What kinds of animals will I see on safari?

Whether you are in the Southern or East Africa you will generally be able to see the big five. The difference really comes in when considering antelope as they are based on your chosen location. go there.

What vaccinations should I get?

This is all dependant on the countries that you will be visitng and due to the status of certain vaccinations changing at times, please consult our experts before getting vaccines. go there.

Is it okay to drink the water?

In some parts of Southern Africa it is safe to drink the tap water, however it is highly recommended to stick to bottled water (mostly supplied) during your trip as even drinkable African water is completely different in taste and… go there.

When is the best time to visit Bazaruto Island?

The best time to visit Bazaruto Island is during the dry season months of May to November. Mozambique is blessed with warm tempreture all year round, making it an excellent destination for water sport enthusiasts. go there.

Reviews on our Mozambique safaris

Since the beginning, agents and staff of Discover Africa already work in a professional way for me to plan the trip. Their quick responses to my questions help us a lot before departing from our place to the Africa continent. When we were…

This was my first safari. I didn’t expect to be so pampered. Everything was first class. We had everything provided for us before even asking. We had a dedicated team at our service. Megan was on call whenever we needed something and she…

Tanya was an absolute delight to deal with. From the first phone call she was extremely polite, professional and very eager to facilitate my requests regarding our safari. Our 3 nights at the V & A Hotel were fabulous and Motswari Game…

Perfectly tailor-made tours that take all your wishes and requests into consideration. All my expectations were beyond fulfilled.

Living afar and trusting in an organisation with whom you have no previous knowledge can lead to feeling of mistrust and wondering whether what we have paid for actually exists. A little more proactive communication would have eased those…

I just wanted to thank Discover Africa and Karl Svendsen - the safari was great - we saw many more animals than expected including cheetah, leopard, many lions and even a three-day old elephant calf. Additionally, we had our own hippo…

The Perfect Length Of An African Safari Honeymoon

There is just something magical about the African sunsets. Colours of orange and red fill the sky as the sun waves goodbye to another great day in Africa.   Benguerra Island Mozambique Dinner setup But what is the ideal length of your… read more

Airlines that are flying to Africa right now

Here is our carefully curated list of airlines that are flying in and out of Africa right now and the ones that will be operating in the next few months. If you would like to start planning your next trip today fill in our quick enquiry… read more

The UK will soon allow quarantine-free travel for almost all countries, including South Africa, according to a report in The Sunday Telegraph.However, we know it can be difficult to know where you can go and where you can't, what's safe… read more

In August 2020, our planned holiday to Greece was cancelled and had to be unravelled because of the Coronavirus pandemic. To avoid a similar disappointment in 2021, we decided to stay closer to home. We picked Mozambique, which is said to… read more